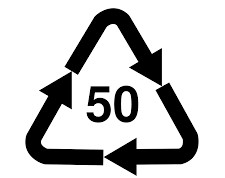 A count from the Sabbath of Passover week, seven weeks plus one day for a total of 50 days. This is the traditional moment of the giving of the Torah on Mount Sinai. Certainly a moment of instruction and new beginnings. Fifty is also the number of the Jubilee Year as called out in Leviticus 25.

8 “‘Count off seven sabbath years—seven times seven years—so that the seven sabbath years amount to a period of forty-nine years. 9 Then have the trumpet sounded everywhere on the tenth day of the seventh month; on the Day of Atonement sound the trumpet throughout your land. 10 Consecrate the fiftieth year and proclaim liberty throughout the land to all its inhabitants. It shall be a jubilee for you; each of you is to return to your family property and to your own clan. 11 The fiftieth year shall be a jubilee for you; do not sow and do not reap what grows of itself or harvest the untended vines. 12 For it is a jubilee and is to be holy for you; eat only what is taken directly from the fields. Leviticus 25:8-12

The Jubilee clearly being a super Sabbath, the major reset of all Sabbaths, has a connection to Noah’s flood on the basis of both his name Noah meaning “rest and his age of 600 when the flood arrived.

Lamech lived one hundred and eighty-two years, and became the father of a son.  Now he called his name Noah, saying, “This one will give us rest from our work and from the toil of our hands arising from the ground which the Lord has cursed.” Genesis 5:28-29

In the six hundredth year of Noah’s life, on the seventeenth day of the second month—on that day all the springs of the great deep burst forth, and the floodgates of the heavens were opened Genesis 7:11

Just to be sure we did not miss it we are told Noah went out of the ark at the age of 601.

By the first day of the first month of Noah’s six hundred and first year, the water had dried up from the earth. Noah then removed the covering from the ark and saw that the surface of the ground was dry. Genesis 8:13

Six hundred years quickly divisible by 12 yields 50 years, leading us to the expectation that Noah, with his name meaning rest, was born on a Jubilee and his flood also would have occurred on a 50th year Jubilee.

Now, another series of ideas from out of the blue: 50 the number of the Hebrew letter Nun, the symbolic letter of fish. The fish, that symbol of the first and second century believers can be logically connected to the Goyim, the Gentiles, the swarming masses, the men to be fished for by the disciples. (note) If this paragraph over whelms you just set it aside for the moment it will come to you later.

The Ruach, the Spirit came on Shavuot, 10 days after Yeshua ascended, 50 days after his resurrection. Does not Shavuot have a case for being a moment when every year we need to consider new beginnings? But if the seventh month (September/October) is the end of the year and the month of Abib (March April) is the beginning of the year what should we do with the 50-count day of Shavuot (May/June)?

Does it make sense to think of the time frame from Shavuot to Tabernacles as a transition, new instruction which will lead to a stable view point by Sukkot?  Consider the record in the case of gathering manna.

They gathered it morning by morning, every man as much as he should eat; but when the sun grew hot, it would melt. Exodus 16:21

Try thinking of a year in the terms of a day, Shavuot is that moment in late spring just before the heat of summer. If a year equals a day, then Shavuot is when manna gathering comes to an end. Since manna gathering is done for the year, can we see the summer as a time of transition much as we see the late afternoon and evening as a time of shifting from one day to the next? In fact, Exodus again gives us an example from how manna is to be handled on day 6 in preparation for Sabbath

Now on the sixth day they gathered twice as much bread, two omers for each one. When all the leaders of the congregation came and told Moses,  then he said to them, “This is what the Lord meant: Tomorrow is a sabbath observance, a holy sabbath to the Lord. Bake what you will bake and boil what you will boil, and all that is left over put aside to be kept until morning.” So they put it aside until morning, as Moses had ordered, and it did not become foul nor was there any worm in it. Exodus 16:22-24

Allow me to stretch and extend this idea of preparation in the afternoon of the six day. Since we know that each day of the creation seven has a different purpose or creative pattern and since we know that the day starts and ends in the evening. Is not the area of time after the sun reaches its warmest moment a transitional phase? Having gathered this day’s manna a “new beginning” of preparation for and consideration of the next day with the knowledge of the day-to-come’s creation pattern?

Now extend this idea to years, Shavuot is that area of time during a year when the manna, in other words, God’s provision for this current year, begins to melt.

Shavuot is the time to begin to prepare for, and begin the shift to, the next year’s mind set. The final gathering for the current year is in place.  This year’s manna should be in hand, and we still have an afternoon or in this case a summer of preparing what we have gathered. Likewise as we work on our preparation for the year to come, we are careful listeners who will hear the instructions for the year upcoming.

Those of us from among the nations charged with Joseph’s blessings of large multitudes and wealth should consider Shavuot each year as a moment to shift our thinking. Consider closely what the past year has brought, working with provisions gathered so far this year, meditate on what the pattern for the next year foreshadows. My expectation is that this approach will yield a smoother more effective result than simply making a dramatic shift in the fall of the year.

I have written quite a bit more on this topic, however at this time I do not find the additional paragraphs blog worthy. If someone wants to engage on this topic drop me an email, give me your thoughts, I might be persuaded to go into more detail after a good multi person vetting. For now I hope you will spend your summer thinking about what the best way is for you to transition from Year Four and the new standard that is being set to Year Five when we can expect lots of new life of the swarming and bite-ing variety.