Time to Sprout and Flower

In two weeks we enter the “Sprout and Flower” half of YEAR THREE. 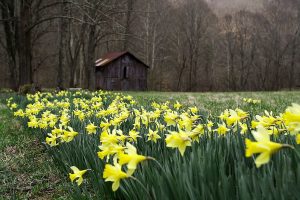 Behind us is the revelation of chaos, “the let there be light” of YEAR ONE. The continued shaking, even beating or pounding of YEAR TWO which revealed to us a space for future life with chaos above and below. In the last six months we have identified some bare ground as the chaotic waters have been gathered to their places of rivers and seas.

So far very few see what we see, or expect what we expect. Most wonder why we work so hard at something which seems to yield nothing. However, we know what happens next, we know new life is just around the corner and we aim to have added our efforts to the Creator’s pattern. We have worked hard for seemingly little benefit because we know the paradigm of seven and believe in its creative effectiveness.

Here are a few thoughts for the next seven months, the second half of YEAR THREE.