In 1991 Audrey and I traveled to Israel with my business associate and friend Sid Lieberman and his wife Sylvia. Sylvia and Sid had been traveling to the Land for many years, sponsoring kindergartens and other good works. Because of my interest in modern Israel, Sid had promised a number of years earlier to invite us on one of his trips. After numerous false starts, we finally made the trip in the spring of 1991, just after the end of the First Gulf War.

Traveling with a group from Women’s’ American ORT, we focused on visiting ORT trade schools. Side trips were taken to schools sponsored by Sid and Sylvia and to historical sites such as the Western Wall, Masada, and the Beth Shan.
As a history buff, Beth Shan stood out to me. It was the first time I was on an active archeological dig site. The idea of digging in the dirt for clues about days long-past intrigued me, and I purposed to get dirty myself one day. Maybe I had gotten a bit of the Indiana Jones bug.

In the 2000, David Livingston invited me to a two-week dig at his site Khirbet Nisya, 10 miles north of Jerusalem. David believed he was digging at the site of the Biblical city of Ai. We had a wonderful two weeks digging in the dirt of the land Joshua had designated to the tribe of Benjamin. The people of the Orthodox town of Pesagot housed us and showed us every kindness.

On Friday afternoons, we would pack up and head to Jerusalem for the weekend, rest up and do some touring. One tour I will not soon forget was walking through Hezekiah’s tunnel, built around 700 BCE to bring water into the city from the Pool of Siloam. Its purpose was to bring water into the city while denying water to an invading army.
These brushes with archeology broadened my love of history and shifted my perspective of the Bible. I began to think of the scriptures more and more as world history and archeology.

Indeed, the Bible is also relic from ages long past. Yet, in the dirt of modern Israel, evidence of the lives lived and written about in the ancient text can be unearthed and seen.

I began to consider this question: If the findings in the dirt of the Holy Land confirmed that the Biblical writers where real people at a real place and time, could it be that ideas they passed along through pages of written word had insight and wisdom for our modern lives?
My religious upbringing and training had already answered this question in the affirmative concerning man’s relationships with God and our fellow man, but could there be much more? Could modern history be a continuation of the Biblical record? Could it be that our modern lives function on a layer of dirt above an ancient wisdom and understanding, just as Modern Jerusalem functions above Hezekiah’s ancient tunnel? Could it be that just below our feet lies wisdom that can water our thirsty modern city?
Jeremiah lived to see the destruction of Jerusalem and was one of the last to leave the destroyed city. He gave us his opinion on how to live a content and peaceful life.

”This is what the LORD says:
“Stand at the crossroads and look;
ask for the ancient paths,
ask where the good way is, and walk in it,
and you will find rest for your souls.
But you said, ‘We will not walk in it.’
Jeremiah 6:16 New International Version (NIV)
Jeremiah points us to the ancient paths, but to find them we will have to dig. 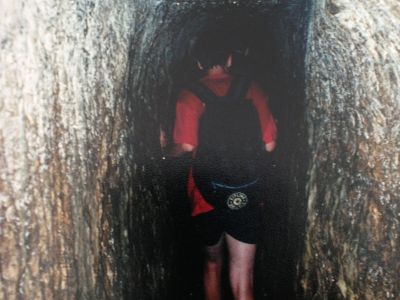 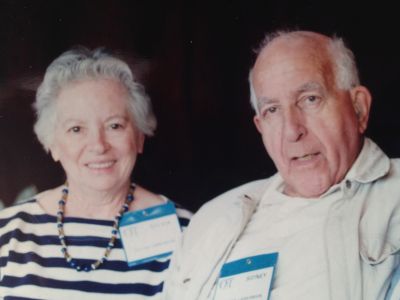 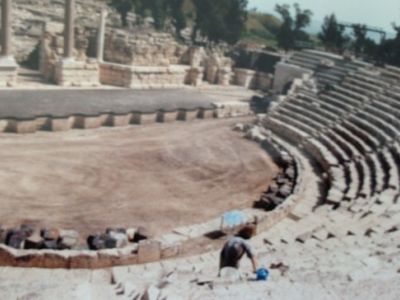 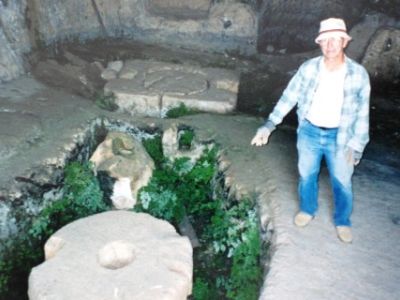 David Livingston in the olive press cave at Pesagot 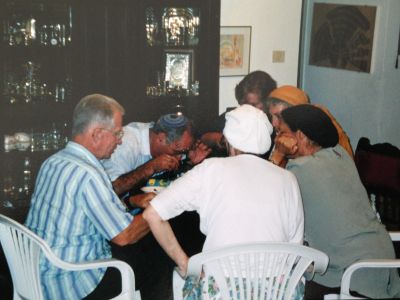 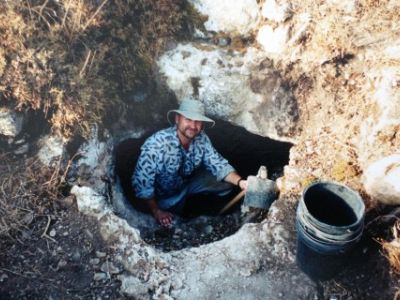