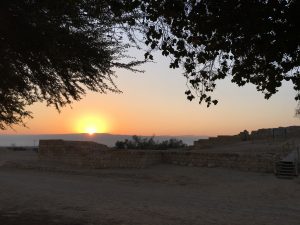 Surely the Lord GOD does nothing Unless He reveals His secret counsel To His servants the prophets. (Amos 3:7)

The words of the Prophet Amos are undoubtedly true, yet we who try to discern prophetic words for events upcoming are most often found guessing at details and often guessing badly.

Consider what the most studied bible students of first century missed; consider also the events of our past century. Who could have read the Scriptures and predicted that communist leaning, often atheist, Jews from Eastern Europe and Russia in rebellion against all things “synagogue” would be the ones to rebirth the nation of Israel? As part of their rebellion against the synagogue they would use as common language, the Hebrew, which the rabbis in Europe said was so holy it could only be used within the synagogue. These same people would celebrated every biblical holiday but Yom Kippur; they thought it silly to fast since they were in the land. They also celebrated May 1, May-Day, to honor their socialistic-communistic roots and connection to the Soviet Union. They did so until 1967 when they finally realized the Soviets wanted them dead.

Therefore, I think it wise to be very humble in our predictions. It is also wise to be aware that prophetic fulfillment happens in real time, often with the participants unaware of their role until hindsight kicks in and reveals, “Oh that is what the prophet meant”

We may be living fulfillment of biblical prophecy, all the while looking for something different than what we are experiencing, blindly missing the amazing truth that is happening in our time. Although I published this post a little over two years ago, I now have some additional insight to share.

In the summer of 1980, the Israeli Parliament declared the city of Jerusalem to be the undivided, eternal capitalof the State of Israel, established as such by King David almost 3,000 years earlier. 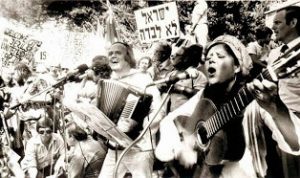 To counter the howls of international disapproval, Christians gathered in Jerusalem that autumn.  They established the International Christian Embassy Jerusalem. They declared their love for Israel and celebrated the Feast of Tabernacles in Jerusalem for the first time in response to Zechariah 14

Did this newly-birthed Feast of Tabernacles event in the fall of 1980 mark the beginning of a new fifty-year Jubilee cycle?  Those of us with gray hair now look back at the early 1980’s in wonder.

In addition consider these new beginnings for freedom in the early 1980’s:  Solidarity, a Polish non-government trade union led by Lech Walesa, arose in the Lenin shipyard in August, 1980.  It was a “camel’s nose under the tent” for the Soviet Union and would result in freedom for many people in Eastern Europe and around the world.

In her piece, “We want God”, Peggy Noonan connects the events of 1980 to John Paul’s visit to Poland a year earlier.  She goes on to cite the roles of Margaret Thatcher and Ronald Reagan in one of the greatest freedom movements the world has seen. http://online.wsj.com/news/articles/SB122479408458463941

However, the East was not the only place experiencing new beginnings of freedom at this moment in time.  In the West also, freedom was growing and becoming more valued.  Old regulations on trucking, airlines, and other forms of transportation were modified; regulations were lifted on petroleum as well. Travel increased at considerably lower costs.  As the new mindset of freedom spread, taxes all over Europe and America were reduced.

Additionally, computer and cell phone technology began to advance in the West.  At the 1981 Comdex Show in Las Vegas, IBM presented its PC loaded with MS-DOS, complete with a 477 MHZ 8089 processor and a 5.25” 160k floppy drive. The clones of the IBM PC, the cell phone, and the internet followed shortly thereafter, changing forever our means of efficiency and communication.  Some would argue these things have not made us freer, but no one seems willing to return the technologies of the 1970’s.

Nevertheless, I believe the most significant change of this era occurred in July, 1980 when Israel declared Jerusalem as their undivided, eternal capital, established as such by King David 3000 years earlier.  The nations of the world protested.  Thirteen national embassies in Jerusalem closed.  Resolutions condemning Israel for this action where passed at the United Nations in New York.

Then a remarkable thing happened.  In the fall of 1980, a group of Christians– from nations all over the world–came to Jerusalem.  Waving their national flags and carrying signs declaring, “Israel, we love you”, they marched through the streets in a first-ever Christian celebration of the Feast of Tabernacles in Jerusalem. This parade continues annually to this day.

Click on the following link for pictures of the event in 2016. http://feast.icej.org/media/photo-set/feast-of-tabernacles/2016

At the same time–in the fall of 1980–these Christians established the International Christian Embassy Jerusalem (ICEJ) to let the state of Israel know they had friends in the world.  Click on the following Link here for the history of ICEJ http://int.icej.org/history

For over a quarter century now I have postulated that the Jubilees are 50 years apart and begin in the fall of modern years that end in ’29 and ’79.  Please read my post “The Reappearance” to understand why I started to pursue this idea in 1991. https://7and50rhymes.com/thereappearance/

Recently another piece of the puzzle fell in place. While attending the Revive conference in Dallas Texas this past July, I met a man who gave me this tip after one of my speaking sessions. He told me to check the writings of the early church father Eusebius. Eusebius wrote that the events of Luke 4:16-20 happened in the year 29 CE.

Here is how Luke records the event: “He went to Nazareth, where he had been brought up, and on the Sabbath day he went into the synagogue, as was his custom. He stood up to read, and the scroll of the prophet Isaiah was handed to him. Unrolling it, he found the place where it is written:

“The Spirit of the Lord is on me,
because he has anointed me
to proclaim good news to the poor.
He has sent me to proclaim freedom for the prisoners
and recovery of sight for the blind,
to set the oppressed free,
to proclaim the year of the Lord’s favor.”

Then he rolled up the scroll, gave it back to the attendant and sat down. The eyes of everyone in the synagogue were fastened on him.21 He began by saying to them, “Today this scripture is fulfilled in your hearing.”            (Luke 4:16-20)

It has long been regarded that Jesus, by reading this passage from Isaiah near the beginning of his ministry, was making the proclamation of a Jubilee year. An internet search does indeed reveal that Eusebius in his writings claimed that the events of Luke 4 take place at a Jubilee in the year 29 CE. To make thing even more interesting Eusebius states it was the beginning of the 81st Jubilee!

Was Eusebius correct? Is what we are seeing confirmation that fall of 1979 to fall of 1980 was the 120th Jubilee? Regardless, please learn this riddle: The people whom Jeroboam tried to keep from returning to Jerusalem 2,700 years ago for the Feast of Tabernacles are now back; they are in Jerusalem annually, celebrating freedom at the Feast of Tabernacles, declaring a love for Israel and a Son of David as their King! (1 Kings 12)

The world changed at the Feast of Tabernacles, in September, 1980. It will never be the same again. The die is cast and each cycle of seven years brings us closer to culminating events.  With one eye on 1980 and another on what I expect is the upcoming Jubilee of 2029-2030, watch and be a part as your world changes to reflect the visions of the Hebrew prophets.